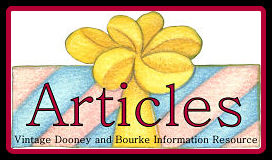 SARA DINATALE who is the
Retail, tourism and workplace culture reporter of the 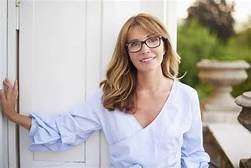 Is my Chanel wallet real or a superfake? What about my thrifted Dooney & Bourke bags?

If online secondhand dealer the RealReal has had counterfeit designer bags slip through, what hope is there for the rest of us?
By Sara DiNatale
Published Jan. 2, 2020

After a dozen email exchanges with an expert in designer Chanel items, and eight hours of scrolling through hundreds of purse photos, I still didn’t have an answer.

I’d sent her 10 photos from different angles, zoomed in and back out, of the Chanel wallet that had belonged to my late mother. I found it among her things a decade after she died.

“Can you check the upper corners?” the authenticator wrote me.

We were on the hunt for a “Made in Italy” or “Made in France” stamp, though she admitted with the age of the wallet it could have rubbed off.

“The Chanel embossing is correct and the leather is consistent with ‘caviar’ leather,” she wrote. “Even the style is typical of Chanel vintage piece.”

So, real or fake? Unclear, still. This is what I call a slow build to madness.

Somewhere after reading every post on a purse blog dating back to 2012, I accepted that what had started as curiosity had moved swiftly into obsession. When I don’t know something that I know is, well, knowable, it gnaws at me. I was researching purses. This wasn’t a dig into public records or data logs like I’m used to in my role as a business reporter, it was vintage designer handbags. Yet, I couldn’t confirm the purses I owned were authentic.

Thrift stores and ’90s fashion are so in, they’re disrupting traditional retailers

I started buying most of my clothing and accessories secondhand two years ago for several reasons: the environmental impacts, the savings and an admiration for old, quality items in lieu of poorly constructed fast fashion. Now, I was realizing the pitfalls of being a vintage hound and frequent thrifter.

With how “in” vintage items have become, expert authenticators say newly made knockoffs of old bags have surged. A new wave of counterfeits are so good they’ve been dubbed “superfakes.” If that’s not crazy enough, good dupes from 30 years ago are still floating around.

Not only could the two pre-2000s Dooney & Bourke bags I just thrifted be fake — so could the vintage Chanel wallet I’d hoped would become a family heirloom.

Counterfeit bags aren’t a new problem. But with the rise of secondhand shopping, fake bags are cropping up not only in Goodwills and boutiques, but also on luxury consignment websites, like the RealReal, that promise authenticity.

The RealReal, which went public over the summer valued at nearly $2.5 billion, was found to be selling fake goods at premium prices, according to two recent reports from Forbes and CNBC. The items — one, a counterfeit Christian Dior purse priced at $3,600 — had slipped through the website’s experts.

The issue? Some RealReal authenticators, according to those reports, were more trained in writing copy about fashion than they were in verifying designer goods. Seemingly, there were not enough true experts to manage the massive inventory the RealReal was receiving as it gained popularity.

Each designer brand has its own language, its own quirks. My two bags and the wallet? They didn’t have the indicators of being genuine the purse bloggers (there are so many purse bloggers) will tell you to find first: sewn-in tags and serial numbers. But that’s not uncommon with vintage items.

That’s what led me to email Jill Sadowsky, who runs a luxury online-only consignment business out of Jacksonville. She was my Chanel expert.

“It’s difficult to teach this stuff,” Sadowsky told me over the phone. “It takes years of experience. You need to know the font type is right, what the date code is, if the hologram is right.”

Trying to authenticate my own bags showed me the problem big-scale secondhand operations are facing. How do you train a workforce to learn, fast, what it took many experts decades to master?

After a week reading every forum, article and blog post I could find, I realized I couldn’t determine if my own favorite designer items were real. I hated the idea that I could have high-class knock-offs sewn by child laborers in foreign sweatshops.

I bought my first Dooney & Bourke this October in an Atlanta thrift store. It showed its age, but only cost me $25. The second, I got at a local Plato’s Closet on Black Friday, which is not the usual spot to find a vintage handbag. But the 90s are back right now, and the bag looked brand new. The kelly green was still bright and I couldn’t just leave it there.

By the time I drove home, I was convinced I wasted my money. The bag looked too new considering it was supposed to date to the early 1990s. And what made me so sure about the authenticity of black bag I’d picked up the month before in Atlanta? I could tell they were both real leather, but that isn’t always enough.

I hunted for photos to compare my bags against. But designers don’t publish backlogs of their old bags or authentication guides, since counterfeiters could use them to keep getting better.

JoAnna Mertz, a Missouri reseller and Dooney & Bourke expert, relies on her private collection of print catalogs that cover decades of the brand’s all-weather leather bags. Some, she paid hundreds of dollars to obtain. She spent years learning the trade from a former veteran Dooney employee.

It’s normal for an authenticator to only be a true expert in one, or maybe a few, designer brands — not all of them. Especially for legacy brands that have been around for decades, regularly changing style, hardware, branding, tags, stamps and stickers. It’s a lot of knowledge to amass.

“I usually just need to see a picture and I know immediately,” Mertz said. “There’s only a couple that almost fooled me."

Every week people log onto to Mertz’s website — VintageDooney.Com — and email her in desperation. (She offers her service for a few dollars.) Often, she has to break the news: Sorry, you got ripped off. Mertz makes the process look easy. But here’s why it’s not.

The logos on my bags were sewn in place, not glued on both bags — good. The stitching was the right shade of yellow, also good. But the black bag had a brass zipper by the “YKK” brand. Most Dooney’s have zippers from Italian brand “RIRI.” The black bag had no sewn-in tag with a serial number, which the blogs told me was not good. The green bag had its serial number tag cut out, leaving only a few threads behind.

A bag’s hardware can be key in this process. I decided my black bag must have been a really good fake from the 80s or 90s because it didn’t have the Italian zipper. With how new the green one looked, I decided it could be a new knockoff of a vintage design.

Mertz set me straight: They were both real, and they’re both early bags from the late 80s or early 90s. So why all the inconsistencies to what I found on purse forums? It’s not that they were wrong — it’s just that there are so many variables.

The black bag was manufactured early, before Dooney started the sewn-in tags with numbers. Although the “YKK” zipper wasn’t as common, it was used in the bag I found. As for the green bag? Its like-new looks are just a testament to how well Dooney’s all-weather leather bags can hold up. The tag was likely sliced because, back in the 1990s, Dooney cut the serial numbers off bags it deemed to have even minor imperfections. Those bags would be sold at a discount at outlets.

But counterfeiters even use that nugget of Dooney’s past and slice their own tags in efforts to pass off their fakes as outlet bags. Seriously, this process is maddening. Some counterfeits will have every key indicator a bag should have to be real: tags, serial number, stamps, authenticity cards — and still be totally fake, sometimes a design the brand never made. 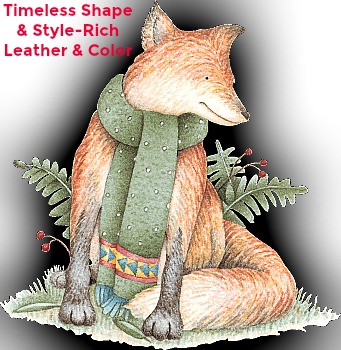 Dooney and Bourke AWL (All-Weather Leather) leather can usually be cleaned with the use of a soft cotton cloth slightly dampened with distilled water (sodium-free seltzer water may be substituted) and a mild bar soap, applied in a circular motion. Repeat with distilled water only to ensure no residual soap remains. The leather should then be allowed to dry completely. Once dry, buff with a soft cloth. 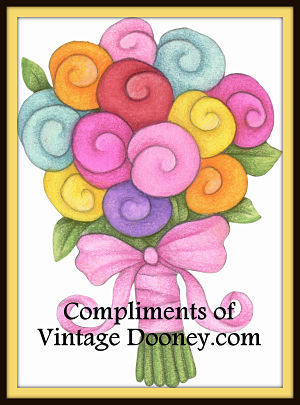